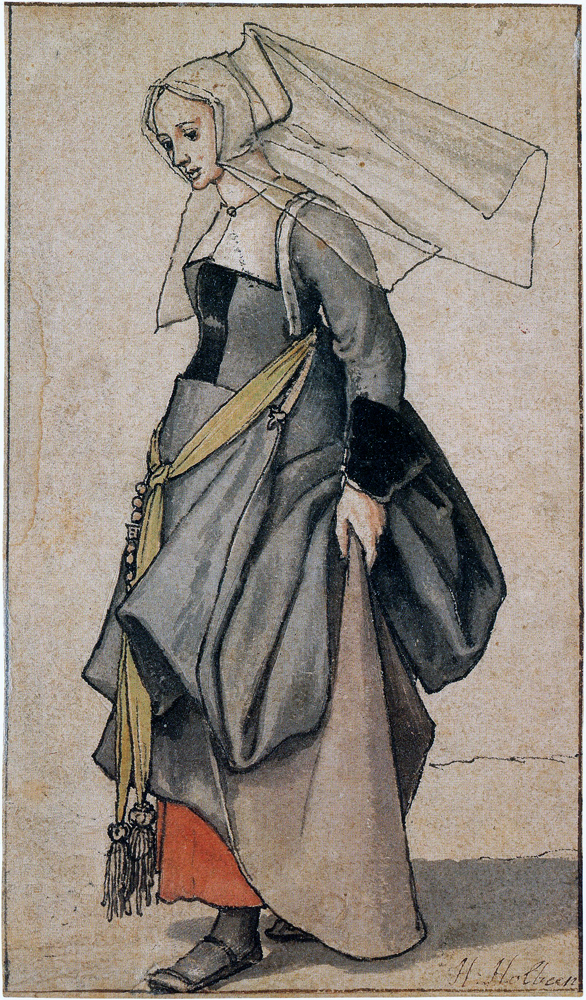 Since getting The Queen’s Servant’s I’ve been coveting the pointed hood with a sort of fiendish glee, it also might be an under layer to the strange headdress in Holbein the Younger’s drawing.

A month ago I scaled up the pattern and made a mock-up. It was huge, it devoured my head. I have a normal size head, but the hat made it look like a peanut.

Thinking perhaps I scaled it up wrong I set about slashing the pattern and scaling it down to no avail. I took in the mock-up 3 or 4 times before toss it in the corner.

It was Franken-hood. I don’t have any photos of the monstrosity.

Tonight I decided to try it again, I took 3 or 4 measurements and scaled the pattern up to my head depth and jaw level.

It wasn’t bad, but I wasn’t happy with the shape in the back, it didn’t look cute, it looked like I had a copernican attached to my bun.

Much cuter. But something niggled at the back of my mind. Why was the scaled up pattern from the book so big? I went back and looked at the scale ratio and reread the instructions, then I noticed the little line drawing on the side. The round hood had the front folded back. This wasn’t mentioned anywhere in the book, and it is hard to see from the photos when everything is black velvet on black velvet.

So I scaled up the original pattern again. 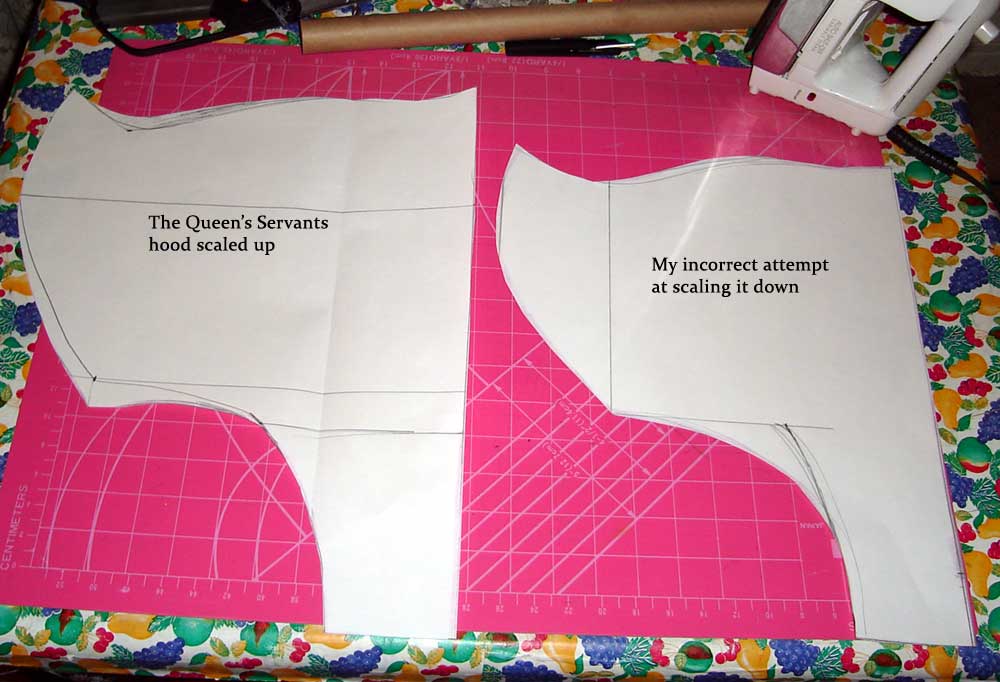 Another round of pinning and I have this when I fold back the front edge and let it form the frontlet.

Much much better. The simple version in the book doesn’t look like it is worn with a separate frontlet, so I am going to use the frontlet pattern as a facing for the turn back portion of the hood.

1 thought on “The Queen’s Servants Pointed Hood, or my Induction into a Secret Gnome Society.”