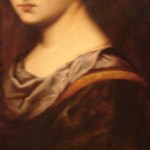 Finding the right fabrics for 16th century clothing has always been an elaborate game of hide and seek. You look for fabrics that are close to what was worn 500 years ago. The fabrics then hide from you or are so far out of your budget range you expire from sticker shock.

200 dollar a yard silk damask I am looking at you!

So I’ve decided to take a look into 16th century fabrics. What they are made from, a little bit about the history of them, and my best guess as what might be a modern substitute.

For the past month I’ve been fascinated with Mockado fabric, the lesser known cousin of 16th century velvets.

But was was it made out of?

“Textile manufacture in Early Modern England“ tells me it was imported from Flanders early in the 16th century, but by the 1570’s it was being made in England, with several rules governing the quality of it. It could be made from wool, linen, hemp, and silk or a blend of all three. It could be made thick for bed hangings or carpeting. Or lighter for clothing weight. It could be tuffed and voided or changeable, plain or double.

Unfortunately I have not come across any paintings called “Unknown Person in Mockado” or pieces of 16th century clothing made from it.

My best guess is that clothing weight mockado may have been like our modern velveteens or waleless corduroy when compared to velvets. Hard wearing, a lower pile to the nap but still needing to pay attention to the nap direction when cutting it out.

And what was it used for? As it turns out lots of things.

More about Mockado in wills and inventories.